LORCA AND ARGENTINITA IN SPANISH DANCE

To my dearest comadre, whom I love and admire more than anyone else in the world.

Closer to her than ever,

Querida comadre is an exhibition organised by the Centro Federico García Lorca, sponsored by the Spanish Ministry of Culture, and with the collaboration of the Argentinita Foundation and Pilar López. Most of the works and documents on display have been lent by the Foundation and José Manuel Presa’s private collection, as well as the Manuel de Falla Archive, the Federico García Lorca House and Museum in Fuentevaqueros, the Huerta de San Vicente and the Argentinita Foundation’s special collection deposited at the Museo Reina Sofía.

The exhibition begins both spatially and conceptually with the letter that Lorca wrote to Argentinita in the summer of 1931, accompanied by the drawing “Lady with Strawberry-Tree Mantilla” and a bullfight poster with a knowing wink to Ignacio Sánchez Mejías. The letter, which Lorca wrote as his Huerta de San Vicente retreat, mentions the recordings of popular songs that Lorca and Argentinita had recently made, which had enjoyed immediate success. A year later Argentinita would choreograph those songs to turn them into dance pieces, thus sowing the seeds of modern Spanish dance with an influence that can still be noted today.

Querida comadre shows the original manuscript of that letter, serving as a kind of keystone for building the rest of the story by working backwards and forwards; the shellac records of the songs from 1931, the costumes that Argentinita used to stage them, the costume designs by Salvador Bartolozzi that inspired them, and the logo that Santiago Ontañón devised in 1933 for Argentinita’s greatest achievement: the creation of the Spanish Dance Company, as well as dozens of drawings, photographs, letters, postcards, posters, theatre programmes, documents and personal items, most of which have not been displayed before.

Encarnación López, “Argentinita” (b. Buenos Aires, 1897; d. New York, 1945), was a singer, dancer and choreographer. An independent woman and free spirit of exceptional talent, she was at the forefront of the artistic renewal that took place in Spain in the 1920s and ’30s.

Argentinita was the driving force behind the very concept of Spanish dance. Her dances and choreographies were conceived as a result of close interdisciplinary links with leading writers, musicians and artists of the day, with whom she shared the same ideal of modernising traditions by taking an avant-garde approach to popular source material. She set up the first private dance company in Spain, the Spanish Dance Company (1933–1934), with which she enjoyed extraordinary success. Forced into exile by the Civil War, she continued her career abroad, garnering plaudits wherever she went. Argentinita’s legacy lived on through her sister Pilar, who, after returning to Spain in the late 1940s, was able to pass it on to the following generation of dancers, including Antonio Gades, Mario Maya and Farruco.

Querida comadre revolves around the close friendship between Federico García Lorca and Argentinita, with the complicity of the bullfighter Ignacio Sánchez Mejías. This friendship led to artistic partnerships of great significance, as well as a complex network of links to other contemporary artists.

Argentinita and Federico García Lorca became friends in 1919, when she appeared in Lorca’s first play, El maleficio de la mariposa (The Butterfly’s Evil Spell), although Lorca and Sánchez Mejías would not meet in person until 1927. In 1930 the couple decided to spend a month in New York, largely because Lorca was living there at the time. The three met frequently and talked at length, resulting in “El pase de la muerte” (The Pass of Death), the lecture on bullfighting that Sánchez Mejías gave at Columbia University, as well as the idea for Lorca and Argentinita to make recordings of popular songs. Federico de Onís, a professor at Columbia, asked them to be his son’s godparents, after which Argentinita and Lorca always called each other “compadre” and “comadre” (fellow godparents).

This exhibition presents traces of some of these links: Lorca’s manuscript from his speech introducing Pilar López and Rafael Ortega at the Residencia de Estudiantes in Madrid in 1935; the manuscript of the lecture on bullfighting that Ignacio Sánchez Mejías, at Lorca’s urging, gave in New York in 1930; previously unpublished photographs of Argentinita and Sánchez Mejías, including those that Philippe Halsman took in 1943 of the rehearsals in New York for Café de Chinitas, with set designs by Salvador Dalí; signed letters, postcards, prose and poems by Manuel de Falla, Ramón María del Valle Inclán, Jacinto Benavente, Rafael Alberti, Pepín Bello, Eduardo Ugarte and Edgar Neville, among others; drawings and pastels by Santiago Ontañón, Vicente Escudero and Juan Lafita; costume designs by José Caballero, Salvador Bartolozzi, Víctor Escudero and Federico del Rey; documents, records, posters, leaflets, press cuttings and personal objects that enable us to explore the lives and professional careers of Argentinita and Pilar; as well as a selection of costumes that the two sisters used between the 1930s and 1950s, plus some exciting, never-before-seen footage of Argentinita filmed in the United States shortly before her death.

The exhibition well be completed with a series of talks and the weekly screening of a double bill: Rosario la cortijera (José Buchs, 1923), starring Argentinita, and Duende y misterio del flamenco (Edgar Neville, 1952), starring Pilar López. Both of these films have been digitized by the Spanish National Film Library. 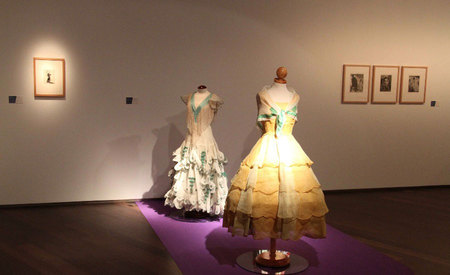 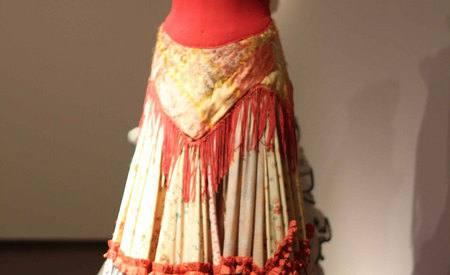 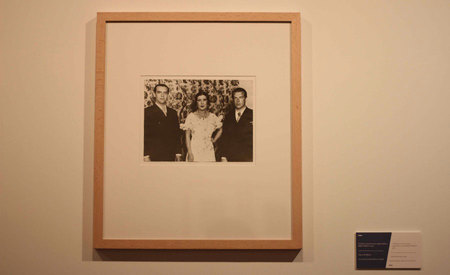 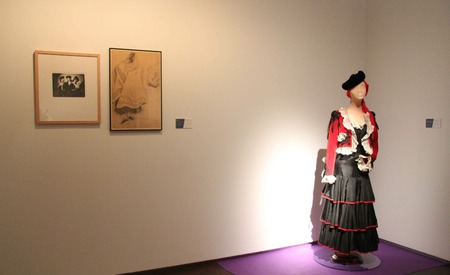 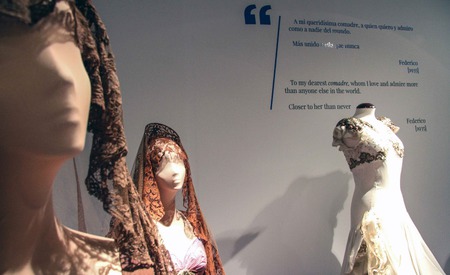