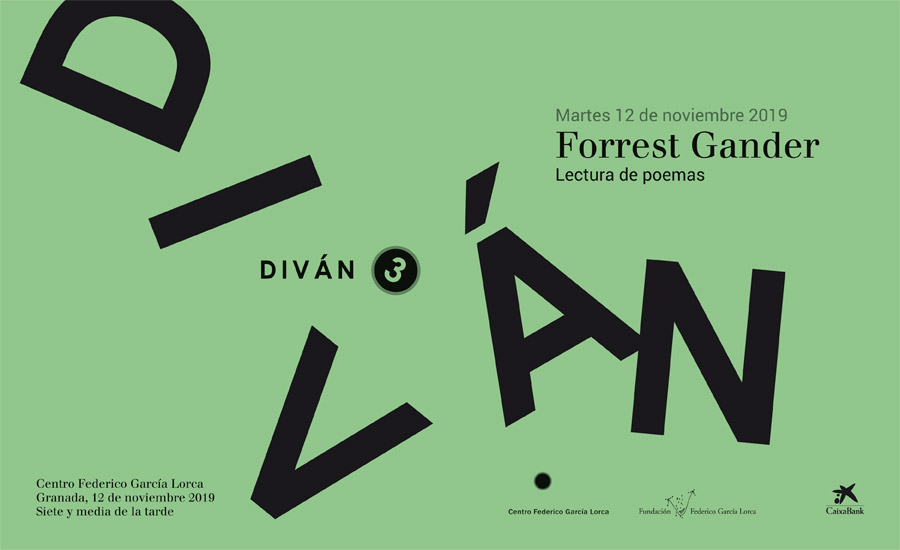 Forrest Gander (born 1956) is an American poet, translator, essayist, and novelist. The A.K. Seaver Professor Emeritus of Literary Arts & Comparative Literature at Brown University, Gander won the Pulitzer Prize for Poetry in 2019 for Be With, and is chancellor of the Academy of American Poets.

Born in the Mojave Desert as James Forrest Cockerille III, Forrest Gander grew up in Virginia where he and his two sisters were raised by their single mother, an elementary school teacher. The four shared a two-room apartment in Annandale; Gander's estranged father ran The Mod Scene, a bar on Bleecker St. in Greenwich Village, NY. With his mother and sisters, Gander began to travel extensively on summer road trips around the United States. The traveling, which never stopped, came to inform his interest in landscapes, languages, and cultures. Forrest and his two sisters, Karin and Lisa, were adopted by Walter J. Gander soon after Walter Gander's marriage to their mother, the former Ruth Clare Cockerille. Gander earned college degrees in geology, a subject referenced frequently in both his poems and essays, and in English literature. His work has been linked to ecopoetics and ecology. A writer in multiple genres, Gander is noted for his many collaborations with other artists. He is a United States Artists Rockefeller Fellow and the recipient of fellowships from the Library of Congress, the National Endowment for the Arts, the John Simon Guggenheim Foundation, The Whiting Foundation, and the Howard Foundation. In 2017, he was elected as a Chancellor to the Academy of American Poets and in 2019, he was awarded the Pulitzer Prize in poetry.

He taught at Providence College and at Harvard University before becoming the Adele Kellenberg Seaver Professor of Literary Arts and Comparative Literatures at Brown University in Rhode Island.