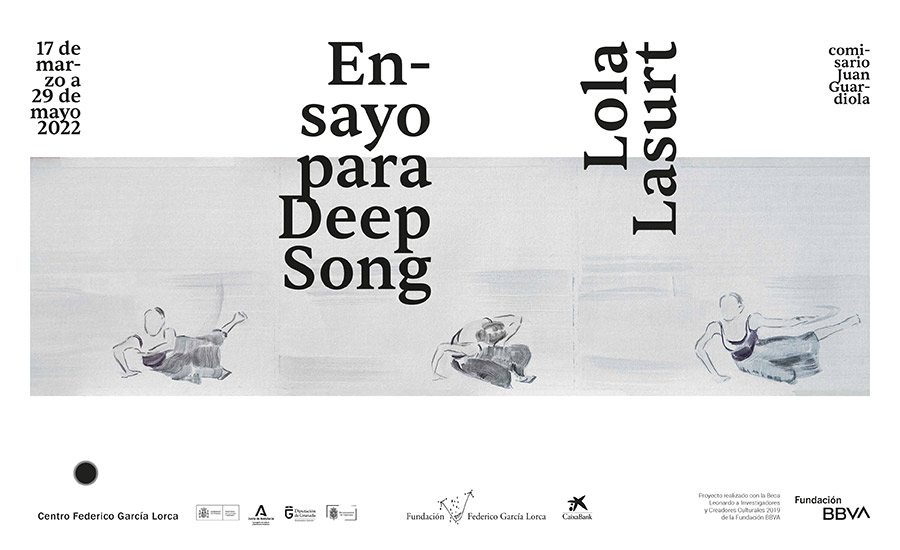 Along with Immediate Tragedy, Deep Song is one of the choreographies that the dancer Martha Graham created in response to the still photographs and moving images of the terror and suffering that the North American audience were receiving in magazines and in news broadcasts about the Spanish Civil War. The title of the work is inspired by Poema del Cante Jondo [Poem of the Deep Song] (1931) by Federico García Lorca, and the choreography intended to depict the suffering of the Spanish people due to the armed conflict. It is a short piece, around five minutes long, and was conceived the same year that Pablo Picasso painted Guernica: both dance and painting reflect how the war—with its violence, inhumanity, and lack of ethics—impacted on western modern art. Images of agony, disconcertment and terror represented by the bodies of women. Although both works refer to historical events, with the passage of time the specific has transitioned to symbolise universal suffering. Rehearsal for Deep Song by Lola Lasurt is a work that consists of eight pictorial strips, a stage set, and a bench. The physicality of the movement of dance translates into the exercise of painting as a performative act; the artist also needed to dance Deep Song before painting. As with much of Lasurt’s work, this piece is based on an event and history, dance and the Spanish Civil War, bringing it into the present by means of a re-enactment that seeks to reflect on its present-day meaning. It is a work on historical memory that tries to struggle against our current collective amnesia.