1898
Federico García Lorca was born on 5 JUNE in Fuente Vaqueros, a village in the Vega (flood plain of the river Genil) to the west of the city of Granada.

1900-1909
A brother, Luis, was born in 1900 but died of pneumonia in 1902, the year when Lorca’s brother Francisco was born. His sister, María de la Concepción (known as Concha), was born in 1903. Between the end of 1906 and early 1907 the family moved to the neighbouring village of Asquerosa (now Valderrubio). Lorca started primary school. From 1908 to 1909 he lived in Almería with his former teacher Antonio Rodríguez Espinosa, where he began secondary studies, although he returned to his family before the end of the school year because of illness.

1910
Lorca resumed his secondary studies at the Sagrado Corazón de Jesús school in Granada, and studied music with Antonio Segura. The family spent their summers in Malaga, where Lorca met Emilio Prados and Manuel Altolaguirre. He also became friends with the painter Manuel Ángeles Ortiz. 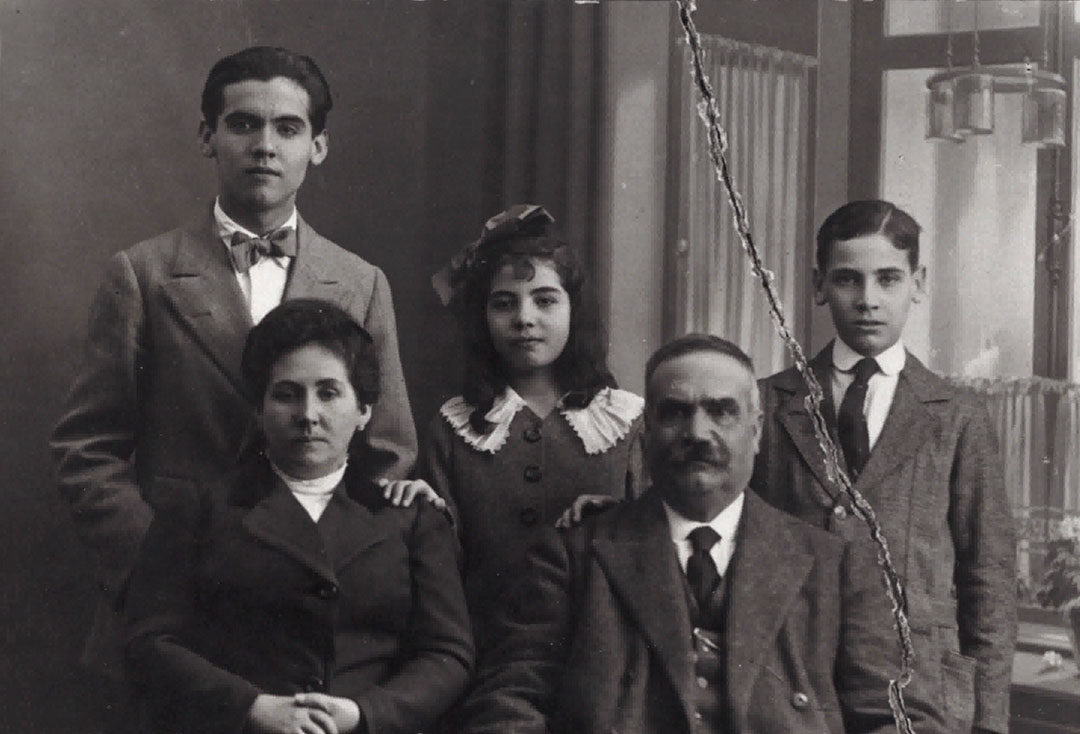 Federico García Lorca with his parents, Vicenta Lorca Romero and Francisco García Rodríguez, and his siblings, Concha and Francisco. Granada, 1912. 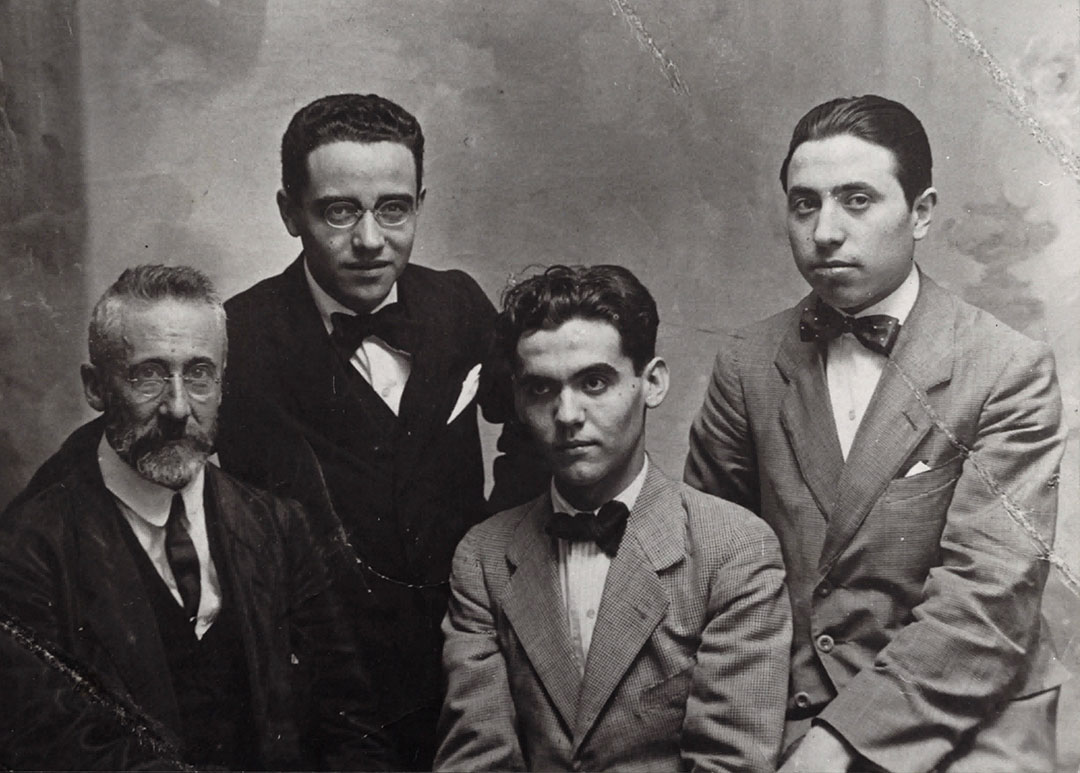 1917
Another family move, this time to No. 31 Acera del Casino in Granada, near the river Genil. For the centennial celebrations of Zorrilla, Lorca published the prose piece Fantasía simbólica (Symbolic Fantasy) in the Boletín del Centro Artístico y Literario de Granada. In JUNE he travelled to Baeza once again with Domínguez Berrueta. On 29 June he wrote his first poem, Canción (Ensueño y confusión) (Song: Daydream and Confusion). Another school trip to Madrid, Burgos and Palencia. He reported on these travels in various pieces of writing, some of which were published that summer in the Diario de Burgos. They would later form the basis of a book, Impresiones y paisajes (Impressions and Landscapes). He fell in love with María Luisa Egea.

1918
In MARCH a reading of Impressions and Landscapes at the Granada Art and Literature Centre, one month before its publication in book form. Many poems from his future Libro de poemas (Book of Poems) can be traced to this period. Friendship and correspondence with Adriano del Valle. Together with Ángel Barrios, Miguel Pizarro and Manuel Ángeles Ortiz, Lorca staged a play that they titled La historia del Tesoro (The History of the Treasure). A lifelong friendship with Emilia Llanos developed. His first poem was published in the magazine Renovación, although no copies have survived. 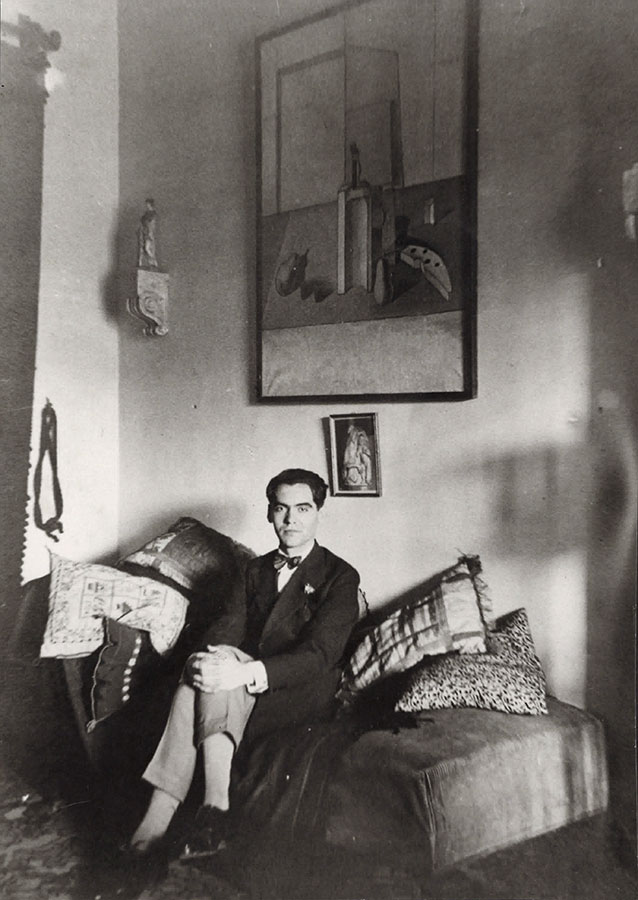