1925
In JANUARY Lorca put the finishing touches to Mariana Pineda, while also beginning correspondence with Jorge Guillén. In APRIL he spent a few days at Dalí’s family home in Cadaqués on the Costa Brava, where he gave a reading of Mariana Pineda; shortly thereafter, at the notary’s office of Dali’s father, in Figueras, he gave another reading in front of numerous guests. The Ateneo in Figueras organised a special meal in his honour, after which he gave a poetry reading. Lorca spent several days with Dalí in Barcelona, and at the city’s Ateneo he read Mariana Pineda to a selected audience, as well as some of the poems from Gypsy Ballads. He spent MAY in Madrid and JUNE in Granada. The family bought the Huerta de San Vicente, a property just outside Granada, where Lorca would spend much of his time. In between correspondence with Salvador and Ana María Dalí, he began to write Oda a Salvador Dalí (Ode to Salvador Dalí). He read The Shoemaker’s Prodigious Wife to his friends Miguel Cerón and Fernando Vílchez, and began to write Amor de don Perlimplín con Belisa en su jardín (The Love of Don Perlimplín for Belisa in His Garden). Towards the end of the year, back in Madrid, he met the sculptor Emilio Aladrén, who would be his lover until 1929.

1926
JANUARY and February were taken up with travels to and through the Alpujarra area in the company of Manuel de Falla, Alfonso García Valdecasas, Antonio Luna, Manuel Torres López and José Segura. He finished a version of The Love of Don Perlimplín. Also in FEBRUARY he gave the lecture La imagen poética de don Luis de Góngora (The Poetic Image of Luis de Góngora) at the Ateneo in Granada. In MARCH he returned to the Residencia de Estudiantes in Madrid. In APRIL his Ode to Salvador Dalí was published in the prestigious Revista de Occidente. A poetry reading at the Ateneo in Valladolid. Jean Cassou reviewed the Ode in Mercure de France. Lorca spent the summer between Asquerosa, the Huerta de San Vicente and the Alpujarra spa town of Lanjarón. Keen to achieve financial independence from his family, he considered studying to obtain tenure to teach literature at the university. In OCTOBER he gave the lecture Paraíso cerrado para muchos, jardines abiertos para pocos (A Paradise Closed to Many, Gardens Open to Few), on Soto de Rojas, at the Ateneo in Granada. He began correspondence with Guillermo de Torre and Gerardo Diego. The journal Litoral, edited in Malaga by Emilio Prados and Manuel Altolaguirre, published poems from Gypsy Ballads. He gave a copy of his play Mariana Pineda to the actress Margarita Xirgu.

1927
Lorca made preparations with a group of friends from Granada to launch a literary magazine called Gallo (Cockerel) the following year. In FEBRUARY Margarita Xirgu said she wanted to stage Mariana Pineda that summer in Barcelona; Lorca put Salvador Dalí in charge of designing the sets. In March he read the play for the actress. Further poems were published in APRIL in Verso y Prosa, a journal printed in Murcia under the direction of Juan Guerrero Ruiz, while Litoral in Malaga published his Songs (1921–1924). Correspondence with Rafael Martínez Nadal. The period from MAY to AUGUST was spent in Catalonia, preparing for the opening of Mariana Pineda. While in Barcelona he met Sebastiá Gasch, Lluis Montanyà and other writers associated with the literary magazine L’Amic de les Arts, which published his ballad Reyerta de gitanos (Gypsy Feud), illustrated with a drawing by Dalí. He went to Sitges with Dalí and Gasch before spending a few days in Cadaqués. Mariana Pineda opened in JUNE at the Teatro Goya in Barcelona. In June and July some of his drawings were exhibited at the Dalmau Galleries in Barcelona; meanwhile, Dalí dedicated his prose piece “San Sebastián” (published in L’Amic de les Arts) to Lorca. In early August Lorca went back to the Huerta de San Vicente, and after a short stay in Lanjarón, he settled in Granada. His poems from this period had a surrealist air. He continued to correspond with Sebastià Gasch. In OCTOBER Margarita Xirgu’s theatre company performed Mariana Pineda at the Teatro Fontalba in Madrid. Lorca met Vicente Aleixandre. La Gaceta Literaria, edited by Ernesto Giménez Caballero, organised a banquet in Lorca’s honour at the Villa Rosa. In NOVEMBER the prose piece Santa Lucía y San Lázaro (St Lucy and St Lazarus) was published in Revista de Occidente. DECEMBER included a presentation on Góngora at the Residencia de Estudiantes and a tribute to the same poet at the Ateneo in Seville, where Lorca was joined by Dámaso Alonso, Gerardo Diego, Jorge Guillén, José Bergamín, Rafael Alberti and Juan Chabás, as well as the bullfighter Ignacio Sánchez Mejías (who paid for the trip). While in Seville, Lorca met Luis Cernuda, Fernando Villalón and Joaquín Romero Murube. 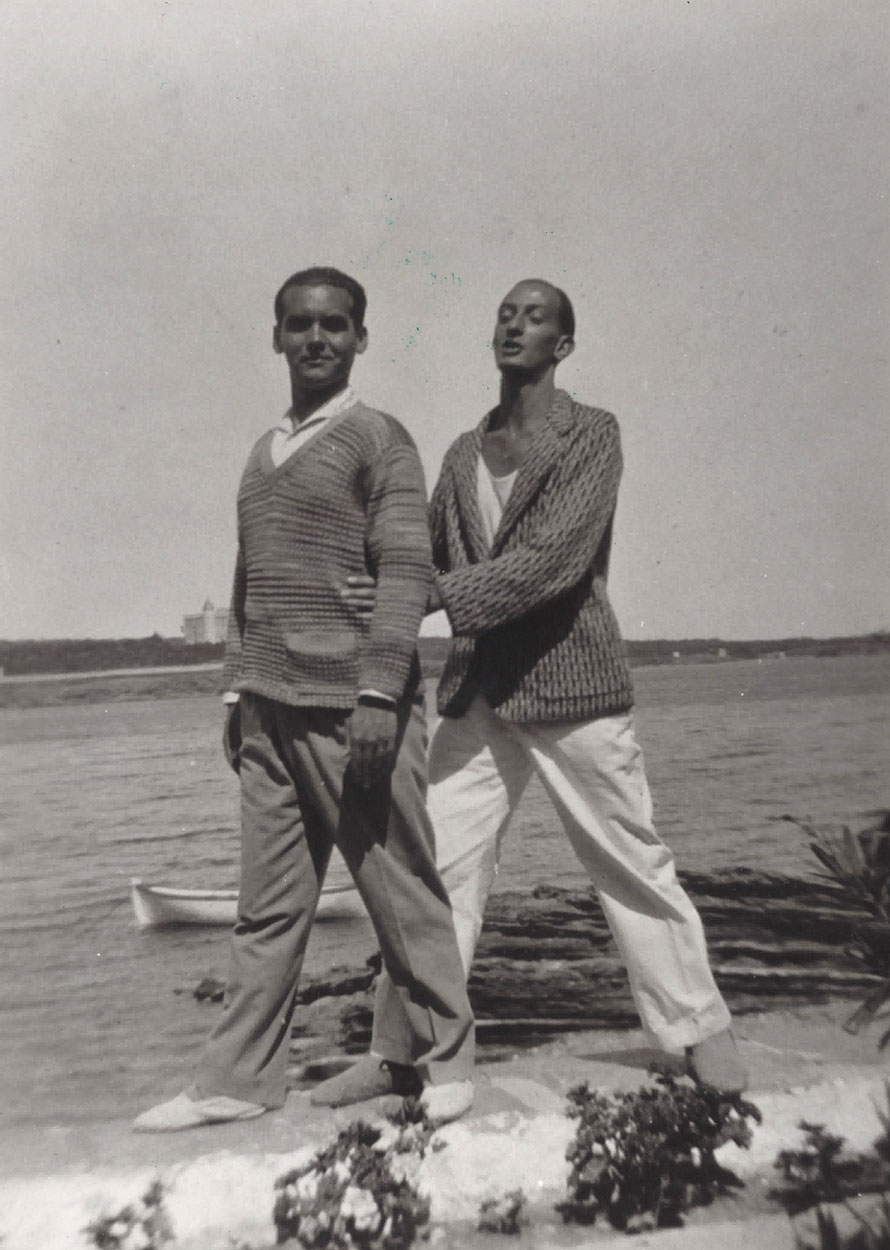 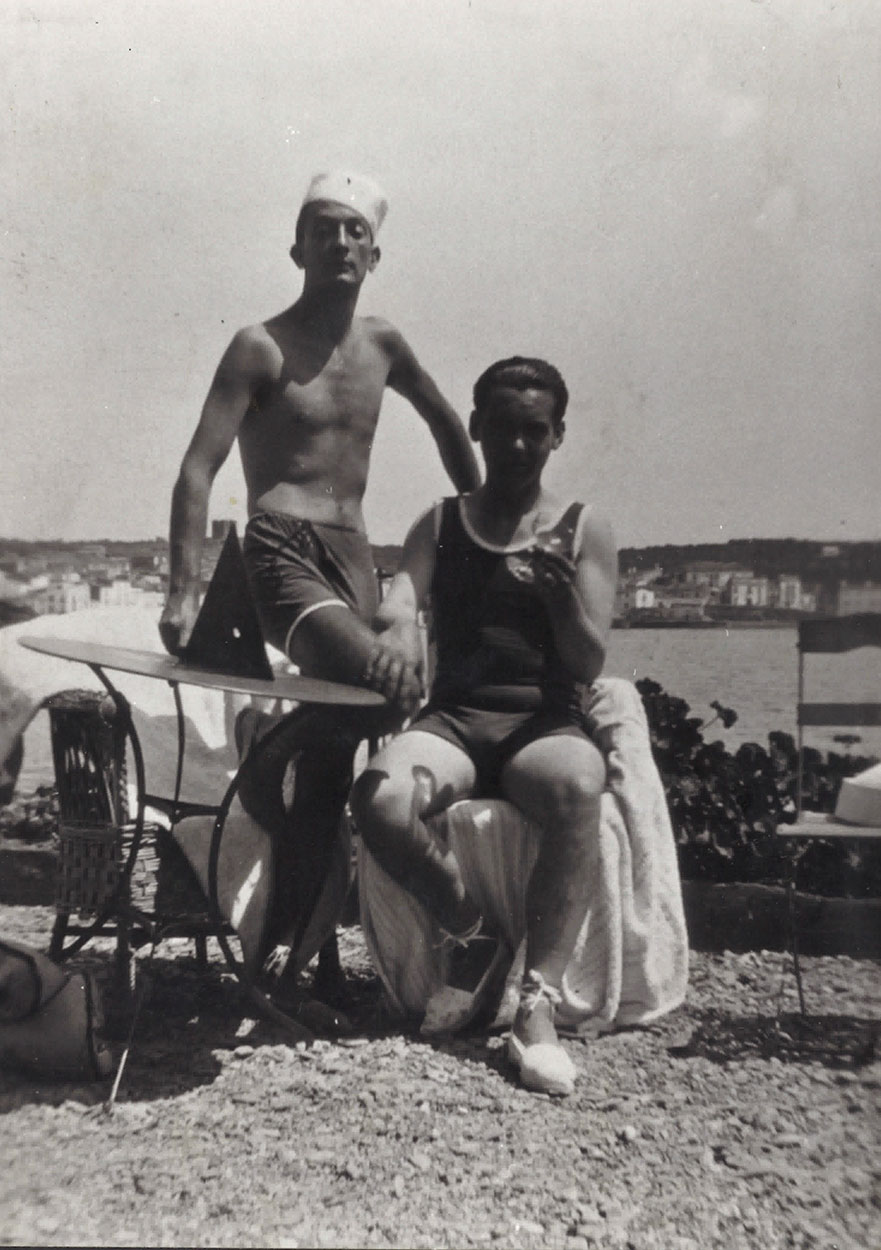 1928
The first months of the year were spent in Granada. Lorca planned to publish a book of drawings, with a prologue by Gasch and an epilogue by Dalí. He took a short trip to Guadix, in eastern Granada province, with Manuel de Falla. His attention was focused on the Ode to the Holy Sacrament of the Altar (Ode to the Holy Sacrament of the Altar) and Oda a Sesostris (Ode to Sesostris), and he also completed The Shoemaker’s Prodigious Wife. The first issue of Gallo came out in MARCH; it was followed, in a humorous vein, by Pavo (Turkey), a magazine created by the same hands and minds as Gallo. Lorca became acquainted with an American journalist, Mildred Adams. APRIL was spent in Madrid. The second and final issue of Gallo was published in MAY. In JULY he gave his lecture A Paradise Closed to Many… in Zamora. Revista de Occidente published his Gypsy Ballads over several issues. The newspapers printed articles about a striking crime of passion that had taken place in Níjar: the event that would inspire Bodas de sangre (Blood Wedding). AUGUST was marked by correspondence with Jorge Zalamea, from Columbia. In SEPTEMBER Mariana Pineda was published by La Farsa, while the journal L’Amic de les Arts featured his more surrealist prose. In OCTOBER, at the Ateneo in Granada, Lorca read a paper titled Imaginación, inspiración, evasión, which would later be retitled La mecánica de la poesía (The Mechanics of Poetry) and, a few days later, another piece, Sketch de la nueva pintura (Sketch of the New Painting). Revista de Occidente published Ode to the Holy Sacrament of the Altar, dedicated to Falla. In DECEMBER he gave the lecture El patetismo de la canción de cuna española (Pathos in the Spanish Lullaby) at the Residencia de Estudiantes in Madrid, and an interview to Ernesto Giménez Caballero for La Gaceta Literaria.

1929
After the break-up of his relationship with Emilio Aladrén, Lorca decided to travel to New York. In JANUARY La Gaceta Literaria published Degollación de los inocentes (Beheading of the Innocents), illustrated by Dalí. In FEBRUARY the first performance of The Love of Don Perlimplín for Belisa in His Garden (by the experimental theatre group Caracol) was called off because of the death of Spanish queen mother. Other ventures continued: the lecture Imaginación, inspiración, evasión at the Lyceum Club in Madrid, the second edition of Songs, and his longstanding friendship with Carlos Morla Lynch, a Chilean diplomat stationed in Madrid, and his wife, Bebé Vicuña. In APRIL Lorca read Ode to Salvador Dalí and Romance de Thamar y Amnón (Ballad of Thamar and Amnon) at the Cineclub. The Ateneo in Bilbao called for a repeat of Imaginación, inspiración, evasión, and Lorca also gave a poetry reading at the Cineclub in that city. The poet went to Granada to attend the opening of Mariana Pineda by Margarita Xirgu’s company at the Teatro Cervantes. In MAY a banquet was held in honour of the playwright and the actress at the Hotel Alhambra Palace and, a few days later, Lorca gave a poetry reading at the same hotel. The village of Fuente Vaqueros paid tribute to its native son. In JUNE, shortly before Lorca left for New York, La Gaceta Literaria honoured him with a farewell banquet. The poet spent a few days in Granada before returning to Madrid. 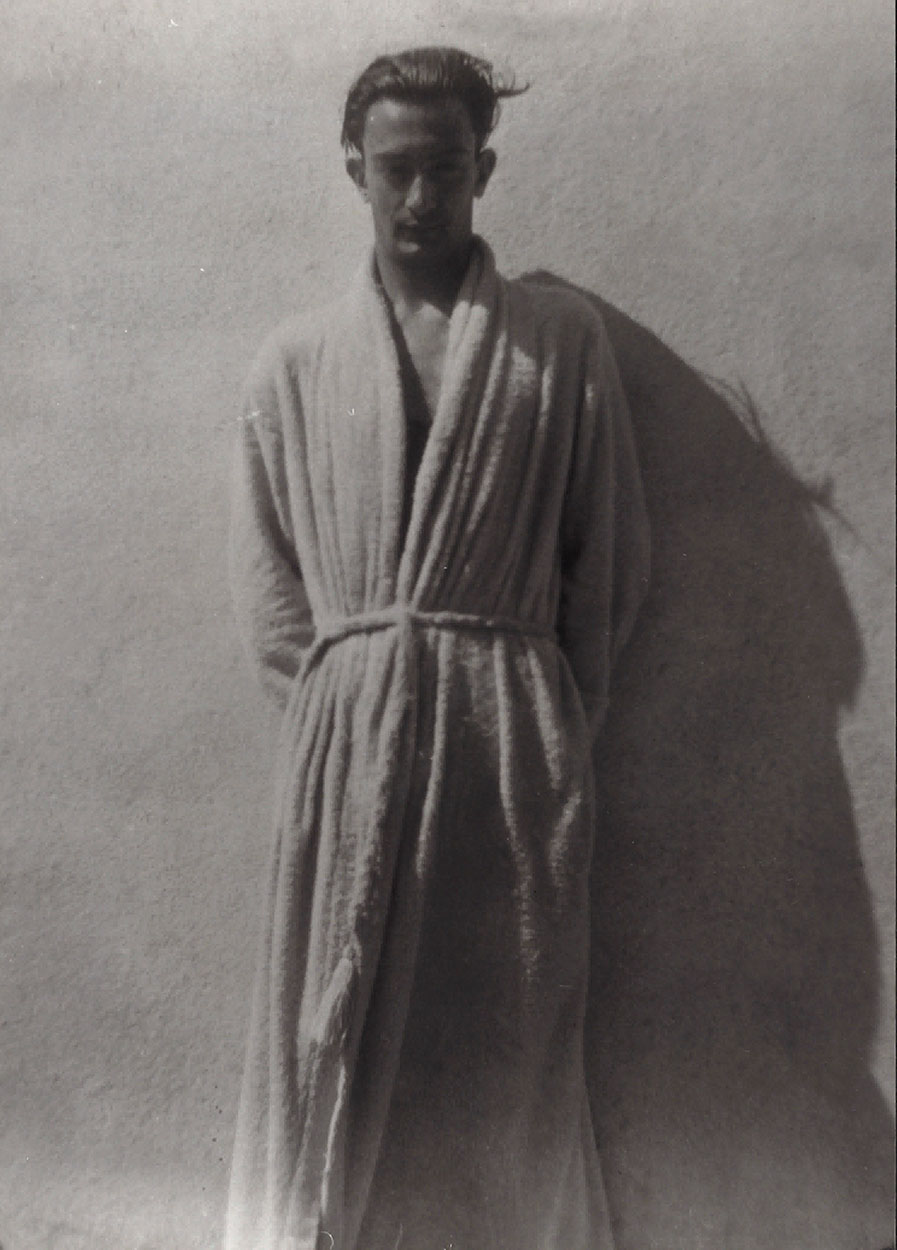 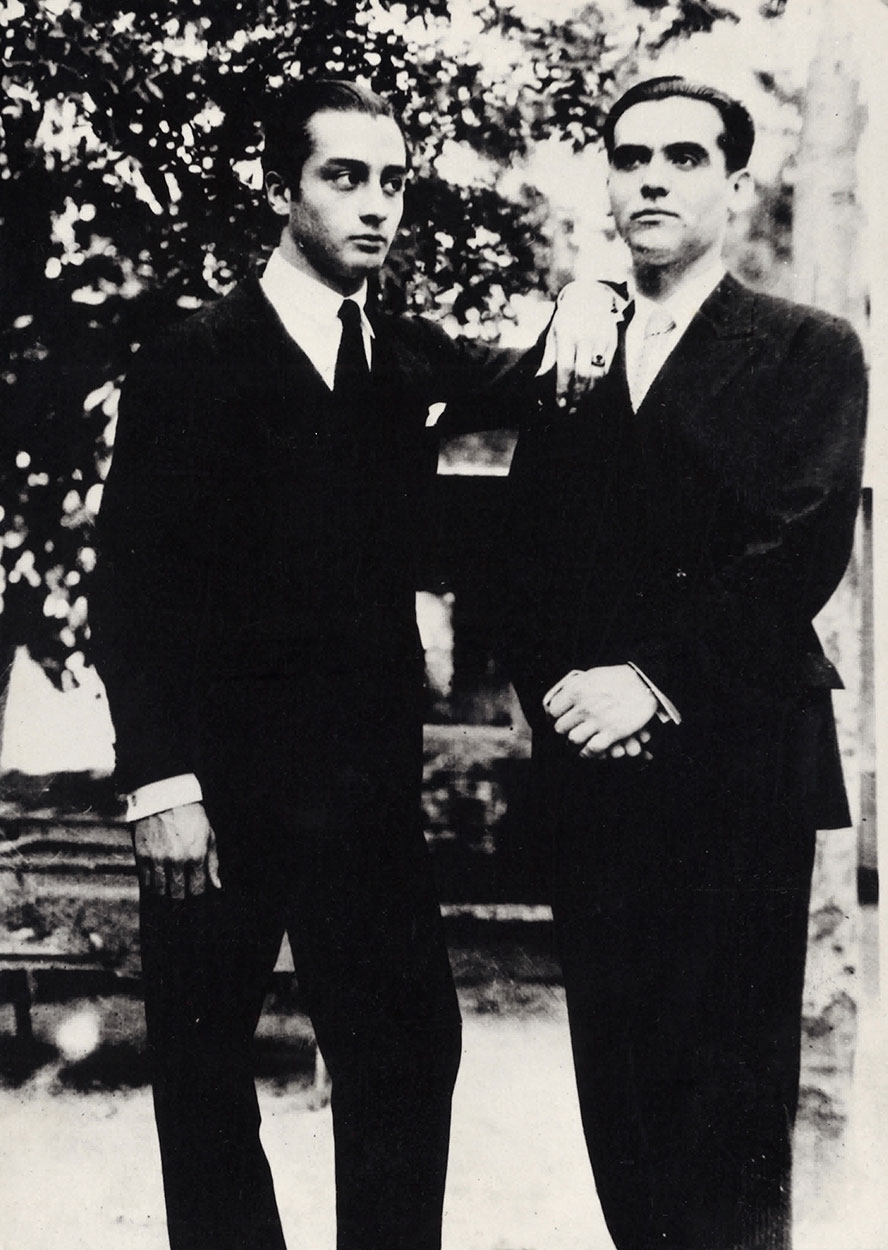