1930
On his return from the United States and Cuba, Lorca was met on the Cadiz quayside by his siblings Isabel and Francisco. Back in Granada, he completed The Public. In SEPTEMBER he spent a few days in Málaga, where Emilio Prados introduced him to the young poet José Luis Cano. In OCTOBER, in Madrid, he was interviewed by Miguel Pérez Ferrero for the newspaper Heraldo de Madrid. In DECEMBER he gave his lecture The Architecture of Cante Jondo in San Sebastián and Gijón. The theatre company Caracol, led by the actress Margarita Xirgu, opened The Shoemaker’s Prodigious Wife at the Teatro Español in Madrid. A reading of The Public at the home of Morla Lynch. The Christmas holidays were spent in Granada with his family.

1931
In JANUARY Revista de Occidente published poems from Poet in en Nueva York. In MARCH Lorca became friends with the Argentinian actress Lola Membrives. The record label La Voz de su Amo (the Spanish affiliate of His Master’s Voice) released a set of five albums under the title Canciones populares antiguas, sung by La Argentinita, with harmonies and piano accompaniment by Lorca. In APRIL the French Hispanist Mathilde Pomès visited Lorca in Madrid. Municipal elections were held, followed by the proclamation of the Second Republic. In JUNE the Poem of Cante Jondo was published by Ulises. In AUGUST, back at the Huerta de San Vicente, he finished the play Así que pasen cinco años (When Five Years Pass). In NOVEMBER Luis Cernuda wrote an article about Lorca for the newspaper Heraldo de Madrid. Lorca began to write El Diván del Tamarit (Diwan of the Tamarit). The travelling theatre group La Barraca was founded under the patronage of the new Republican government; Lorca was to be its artistic director, Eduardo Ugarte became his assistant director and Arturo Sáenz de la Calzada was appointed to chair the management committee.

1932
He became friends with Eduardo Rodríguez Valdivieso in FEBRUARY. Between MARCH and MAY Lorca was very busy, giving lectures at the request of the Committees of Intellectual Cooperation, an independent organisation. He gave his talk about cante jondo in Valladolid, Seville, Vigo, La Coruña and Salamanca, and on his New York poems in Santiago de Compostela, where he also made friends with Carlos Martínez-Barbeito. In Salamanca he visited Unamuno in the company of Carlos Morla Lynch and Rafael Martínez Nadal. His New York lecture/reading also took him to the Residencia de Señoritas in Madrid and to San Sebastián. He wrote several poems in the Galician language. In JUNE he took part in a posthumous tribute to the painter María Blanchard at the Ateneo in Madrid. Several of his poems were published in the journal Héroe, recently launched by Manuel Altolaguirre and Concha Méndez. Eight of his drawings were exhibited in a group show at in the Ateneo Popular in Huelva. In JULY La Barraca prepared its first tour. Previously, they gave a preview of the Calderón de la Barca’s play La vida es sueño (Life Is a Dream) at the Residencia de Señoritas of Madrid. La Barraca’s first tour took in Burgo de Osma, San Leonardo, Vinuesa, Soria, and Almazán. Back in Madrid, they performed at the Residencia de Estudiantes. Lorca spent part of AUGUST at the Huerta de San Vicente, where he completed Blood Wedding. In late August La Barraca set out on its second tour, to La Coruña, Santiago de Compostela, Vigo, Pontevedra, Villagarcía de Arosa, Ribadeo, Grado, Avilés, Oviedo and Cangas de Onís. In SEPTEMBER, back in Madrid, he read Blood Wedding at the homes of Morla Lynch and of Rafael Martínez Nadal. In OCTOBER La Barraca appeared at the Teatro Isabel la Católica in Granada and at the Central University of Madrid. At the end of the month Josefina Díaz de Artigas’s theatre company began rehearsals for Blood Wedding. Lorca’s parents moved to Madrid, first living at no. 8 Calle General Arrando, and later at No. 102 Calle Alcalá (now No. 96). In NOVEMBER Lorca gave a reading in Pontevedra and a talk about María Blanchard in Lugo. In DECEMBER his talk about New York at the Hotel Ritz in Barcelona was attended by his friends Sebastià Gasch and J. V. Foix. La Barraca performed Life Is a Dream at the Teatro Español in Madrid, after which the company travelled to Murcia and Alicante, where Lorca met the poet Miguel Hernández.

1933
The year began with a stay at Gregorio Marañón’s country home in Toledo. MARCH saw the opening performance of Blood Wedding by Josefina Díaz de Artigas’s company at the Teatro Beatriz of Madrid, with sets designed and decorated by Santiago Ontañón and Manuel Fontanals. In APRIL the Anfistora theatre club, directed by Pura Ucelay, opened at the Teatro Español of Madrid with The Love of Don Perlimplín for Belisa in His Garden and a new version of The Shoemaker’s Prodigious Wife. A friendship with the Galician writer Eduardo Blanco-Amor developed. Lorca and La Barraca travelled to Valladolid, Zamora and Salamanca; and in San Sebastián he gave a reading of his Elegy to María Blanchard. In MAY he was one of the many signatories to a manifesto against the rise of Hitler. Rafael Alberti gave a lecture at the Teatro Español, with song and dance by La Argentinita, accompanied on the piano by Lorca. He began an affair with Rafael Rodríguez Rapún, who became La Barraca’s secretary. Premiere of Blood Wedding in Barcelona. La Barraca performed Fuenteovejuna in Valencia, with sets and costumes by Alberto Sánchez. In JUNE Lorca went to Cadiz to attend the opening of Falla’s El amor brujo (Love, the Magician) starring La Argentinita, who went on to repeat the performance at the Residencia de Estudiantes in Madrid. Plans to open When Five Years Pass at the Anfistora theatre club began to take shape. In JULY Bodas de sangre with Lola Membrives and company, was a huge success in Buenos Aires; Juan Reforzo, Lola Membrives’s husband and manager, invited Lorca to the city. La Barraca went out on tour again in AUGUST to León, Mieres, Santander, Pamplona, Huesca, Tudela, Estella, Logroño and Burgos. Ode to Walt Whitman was first published in Mexico, later to be included in Poet in New York. 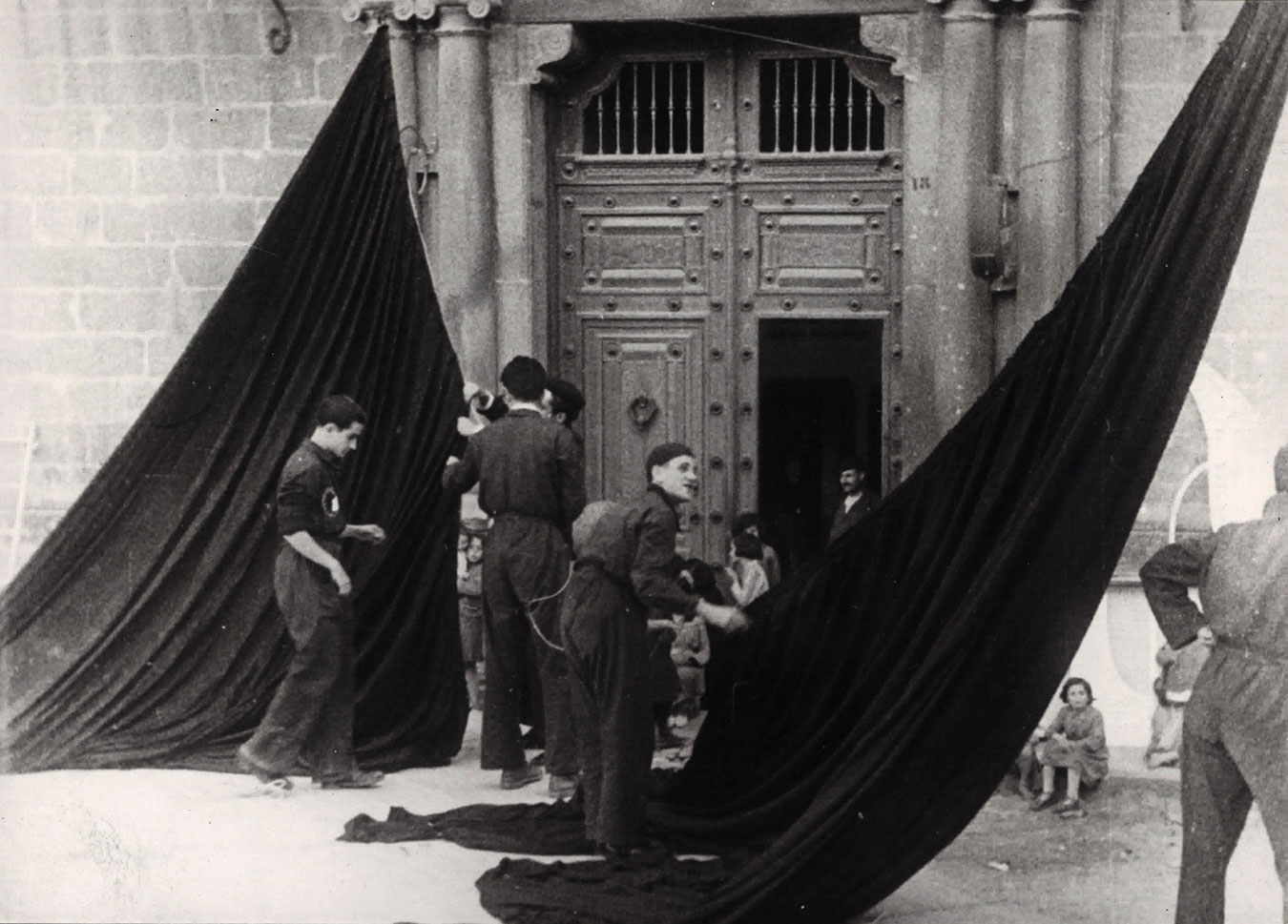 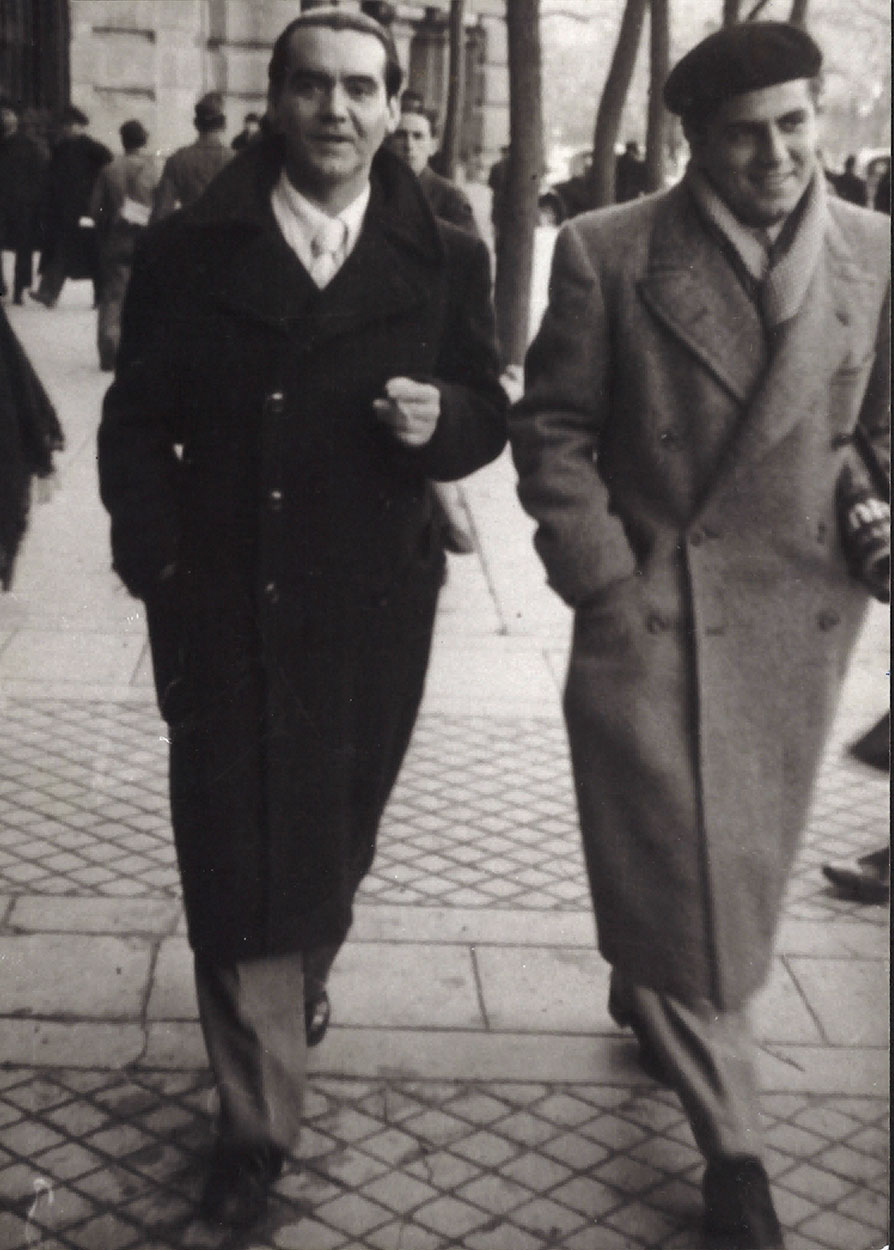